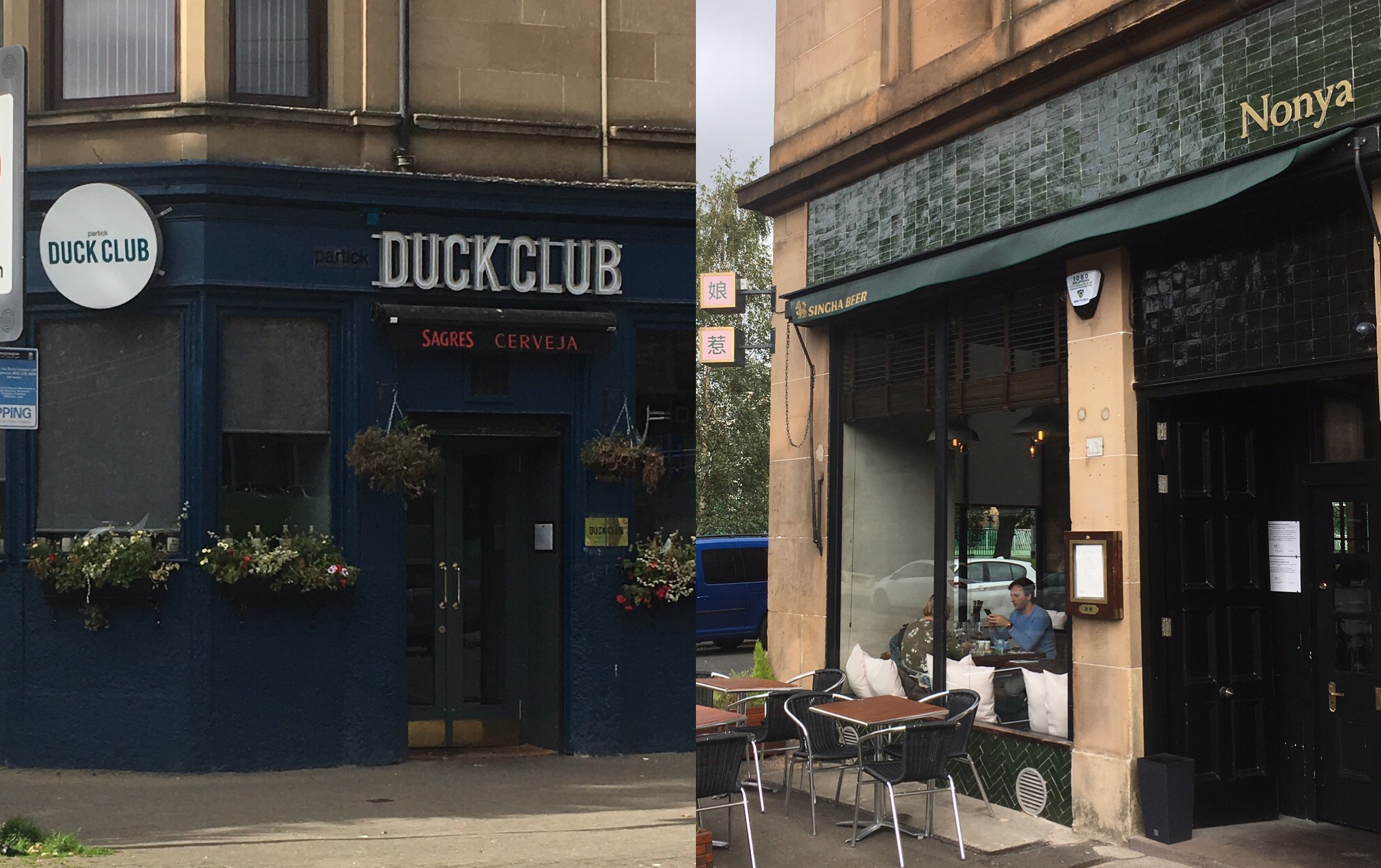 In these times of heightened sensitivity in the gender wars, it’s probably not a brilliant idea to admit to a little light stalking. Still, at least I’m fessing up, so American conservatives can rest easy I’m unlikely to take my place on the Supreme Court any time soon. The unfortunate recipient of my attentions is the food writer Marina O’Loughlin, who I’ve never actually met, but with whom I like to think I have struck up some sort of relationship via social media, which is exactly the sort of thing a stalker would say. In a very crowded market place, she is undoubtedly the wisest and funniest commentator on the modern restaurant scene in the UK, which is obviously the main reason The Sunday Times poached her from The Guardian and why I therefore had to swallow my anti-Rupert principles and sign up to breach their firewall for my designated two free articles a week. To get my own back I only read one.

Knowing from my own extensive research (/more stalking,) that Marina hails from Glasgow originally and finding myself there for a long weekend at the excellent Stand Comedy Club, I dropped her a line and was rewarded with a couple of recommendations, which has done nothing to diminish my nerdy fanboy status.

Glasgow is such a handsome city. Of course there are parts you wouldn’t want to walk down on a dark night, but there is a reason that Washington DC nicked the template. I walked down Argyll St, bang into the Kelvingrove Art Gallery, just sat around a corner being all magnificent, on my way to The Partick Duck Club. This must be one of the most wonderfully named restaurants I have ever visited, and they explain all about it on their website so I won’t bore you with it here. The food was anything but boring.

Do you remember when cauliflower used to be crap? Overcooked, pale and flaccid or just buried in cheese sauce to make it acceptable? Don’t get me wrong, a good cauliflower cheese is a thing of beauty, but I remember the first time I roasted some in the oven just for the hell of it and suddenly found out it was my favourite vegetable. A bit of chilli and oil and char and hey-presto! That’s exactly what they did here but better with a little crème fraiche, micro herbs and spiced nuts to accentuate the already nutty tones. Simple perfection. I followed it with the duck leg as I felt I had to. Some might say the addition of duck fat fries and a crispy duck egg into which to dip them might have been slightly overdoing it, ducky. I would simply refer them to the name of the bloody restaurant. Not only was this a glorious celebration of a wonderful ingredient, it was lifted to another level by the addition of a pineapple chutney which cut perfectly through the fattier notes and found me in the not unfamiliar position of licking the plate. All this was washed down with a very decent ale I’ve forgotten the name of and meant I had to have a pear frangipane tart with candied orange crème because…well, because.

I could not fault the food, and service was so exemplary that when I dropped a piece of cutlery a waiter came running over with a new fork, not because he’d seen me do it, but because ‘it sounded like a fork’. All this and coffee for just under £40 (excl service) seemed like a steal – O’Loughlin was clearly on fire.

Nonya is a rather different proposition – just around the corner and further proof of why the West End is becoming one of Glasgow’s hottest areas if you want to eat well or punch a hipster (the two often go hand in hand.) While the Duck Club is an all day affair, and still retains a charming pubbiness, Nonya is a little more restauranty, but no less welcoming for all that. It looks like a restaurant – stylishly designed, comfortable without being imposing. And there is some seriously good stuff coming out of the kitchen via South East Asia. Laab spiced chicken heart skewers with a little five spice on the side were exquisite. They were on the menu as bar snacks, which should make your average peanut cower in shame. There were peanuts on the menu too, but they were soy braised with celery and spring onion, so I imagine they held their heads up high. I didn’t bother with them as I was getting a bit carried away further down the menu with a spinach and bamboo dumpling that now holds the prize for the nicest dumpling I have ever eaten – crunchy on the outside, gelationous and beautifully flavoured within, with a jumpy little dipping sauce to hold the whole thing together. A curried venison roti was still listed as a bar snack, but was anything but – the meat and slightly oily, crunchy roti freshened with a chilli, red onion, cucumber and coriander salad that was like being slapped about the chops in a friendly way.

This trick was also pulled off by a (very generous portion of) flash-fried onglet from the Small Plates section of the menu, from whence I also ordered a pork belly, aubergine and black bean hot pot that was more a cuddle than a slap, and all the better for it. I stopped at this point because the walk back to my hotel was really not long enough to work much of this off. This is not the kind of stalking that does much for the waistline.

Clearly you can take the journalist out of Glasgow, but you can’t take Glasgow out of the journalist. It continues to be a favourite city of mine for any number of reasons, and now I have a couple more. Not only that, I also retain a healthy (I hope) appreciation for the talents of one of Mr Murdoch’s finest employees, whom I’m very much hoping will regard this blog as the compliment it is intended to be rather than a cause to apply for some sort of injunction.