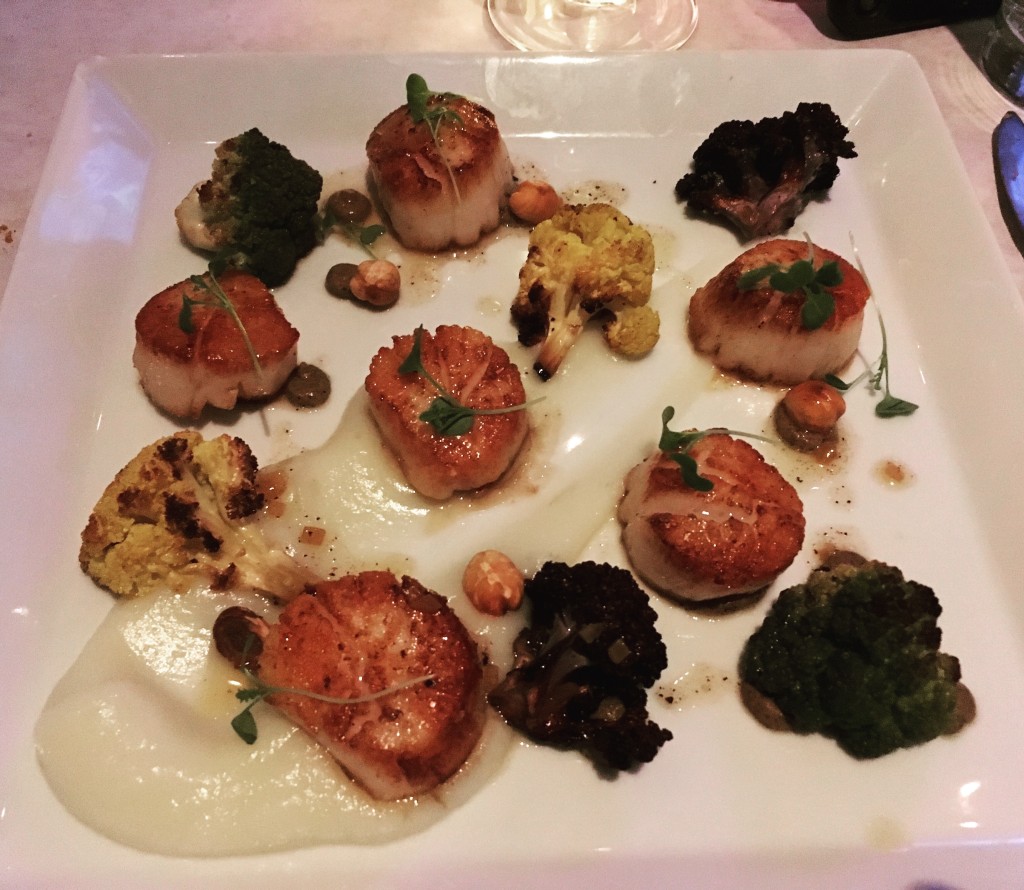 There is so much to love about America, and I think we have to add American waiters to the list. As long as you can stifle the giggle reflex, their desire to accommodate your every whim, whilst exuding Moonie-ish levels of happiness and bonhomie AND making you feel like you have ordered better than anyone else ever in the history of restaurants can make for a truly heartening dining experience. I *know* no one can read a menu like I can Chris, but *thank you* for saying so. Now please stop beaming for a second because at this rate your face will be killing you by last orders.

I had never been to Boston before, and it is a sturdy, square-jawed kind of a city. One of America’s insecurities is its youth as a nation, but if there is a state that can claim some serious lineage it is Massachusetts and the surrounding area. Settlers first arrived nearly four hundred years ago and probably found themselves as welcome by the local inhabitants as they would under the present regime. Plus ça change. We walked the Freedom Trail, and attempted to go for dinner in the Union Oyster House, but a wait of over an hour was too long for us, especially with a little one it tow, even if it is the oldest restaurant in America. There is, admittedly, a lot of this about in Boston, including a number of the oldest pubs in America within spitting distance which gave the whole place a slightly disconcerting similarity to central Nottingham.

Finding ourselves in the Italian Quarter, we essentially took pot luck with Aqua Pazza, which the door plaque informed us was ‘a Frank DePasquale concept’, and as it turns out, Frank knows his concepts. Despite a relatively busy marble cocktail bar, a raw bar, shiny glassware and softened lighting of the sort you find in a place where deals are done and assignations, er, assignated, they found us a high chair and made a little family of Brits feel hugely welcome. My daughter even got crayons to eat, which is always a bonus.

Chris, our beloved waiter, would indeed have been mocked by a puppy for his wide-eyed eagerness, but I say this in admiration, not admonition. When you can report back from the kitchen that a certain item can be cooked ‘without removing from the dexterity of the dish’ while keeping a straight face, you have my vote, not to say my undivided attention while I try and work out what the hell you’re talking about.

There is an excellent selection of seafood and Italian accented specials and we ordered fairly simply and quickly – parenthood does tend to mean the luxury of languorous dining is a thing of the past these days. There was some excellent sourdough, which I’m pretty sure Chris took commission on as he kept on bringing it as fast as I could shovel it into my mouth. This was probably a good thing, as the portion sizes were not extravagant, but I’m happy to report the flavours were.

My starter of tuna crudo – flash seared fish with a green curry paste and enough chilli to give it proper attitude – was a refreshing thing of beauty, while my wife’s tartare of the same fish was a similar delight for the taste buds but with the added texture of a natty little wonton cannoli.

Scallops with cauliflower is boring, so I ordered it to see how good the kitchen was. I can cheerfully report the reason this is a classic combination is that it tastes like one, and this was simply the best version I have ever eaten. While portion size in terms of extras may not have been excessive, I’m pretty sure six actual scallops is a pretty good return on a $30 investment and they were cooked to perfection. This was a nutty, brassicy, buttery kind of a dish, with a lot of caramelisation going on. I loved it ever so slightly more than my wife’s lobster roll, which although beautifully indulgent, was still a sandwich, so I won. I should add that the roll came with truffle crisps, which were so good I’m starting a campaign to have them installed as the only crisp flavour allowed from now on. All this was washed down with a ‘frizzante’ (someone’s been Googling) glass of Vermentino which Chris said was ‘possibly his favourite wine ever to go with seafood’. I avoided the temptation to ask him if there was anything he didn’t like, mainly because it really was absolutely bloody lovely.

We should have had dessert, but it was a Friday night, and the restaurant was obviously hotting up for the kind of weekend service that I would be delighted to take my wife to if we hadn’t got a small attention-seeking missile launcher with us. It also allowed us the luxury of leaving an American restaurant without the feeling we were about to burst from conspicuous consumption, which is genuinely the only time this happened in an entire holiday. It wasn’t cheap, but food this good shouldn’t be, and anyway, someone was going to have to pay for Chris’s therapy and the surgery required to return his face to its natural state. 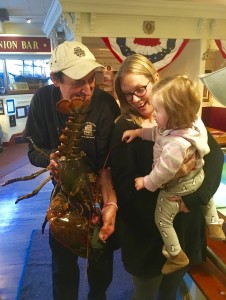 We sauntered off into the night, utterly replete, and were able to return to Boston a few days later and grab an afternoon plate of some of the best oysters I’ve ever had at the Union Oyster House. Service was once again impeccable, and even included a lovely man who brought out a lobster the actual size of my daughter to take photos with her. Twice. It may be a tourist hotspot with plaques all over the place listing all the famous people who’ve been there, but there is a reason for that. People want to go there. And I want to go back. I also want to go back to Aquapazza. And Boston. And America. But I would prefer it if they made Chris President.