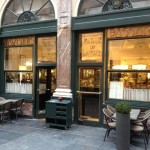 If I wrote about my ideal restaurant, like George Orwell’s pub in The Moon Under Water, I would probably come up with something like the Taverne du Passage in Brussels, which is I think what lulled me into making one of the greatest mealtime misjudgements of my life. The fault is entirely my own. I would return in a heartbeat, but the nightmare that played out in front of me, whilst not strictly Orwellian in nature, would hardly have looked out of place in Room 101. 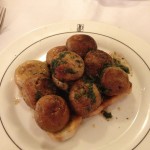 Things started so promisingly. A tram from the station and a quick walk to The Grand Place – one of my favourite places anywhere (a direct result of a family holiday as an impressionable child who remembers it as the first bit of foreign he ever saw, even if it almost definitely wasn’t.) We had no idea where we were going to eat, and were happily sauntering along when we happened upon the quite stunning Galerie de la Reine, or passage (it’s important that you pronounce it pass-arge for added continental effect.)

The Taverne du Passaaarge just had that look about it, one that makes you curious as you approach, fascinated as you draw level, and nagged back as you pass. Good, sturdy waiters of a decent vintage, with white jackets and epaulettes (epaulettes!) bustling around linen laid tables ordered neatly along the walls in long booths, another line of tables down the middle, black and white tiled floor, glass, mirrors and art deco fabulousness. The menu was wall to wall French classics, even if they’d probably argue, with some justification, that they were Belgian.

“We’re eating here” I said, and very soon we were. 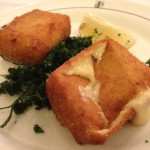 My mushrooms on toast, or ‘Toast Aux Champignons de Paris’ (told you it was French) were stupendous, mainly because they were just mushrooms on toast. All that had been added was butter and a little parsley and I can’t recall ever eating something for which the phrase ‘does exactly what it says on the tin’ was more apt, were it not impolite to mention tins around food this good. Croquettes de Fromage were the best version of this Belgian classic we tried – again, simplicity itself, but done properly, cheesy potato wrapped up in a crispy breadcrumb coat leaves you very little to complain about.

Similarly, I cannot have any complaints about what happened next. I can’t even say I wasn’t warned. Our waiter, who appeared to be the youngest in the building by several decades, had already turned his head quizzically to one side as I ordered and said, 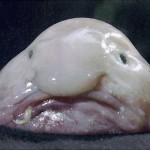 And I had blithely waved away his concerns, safe under the idiot assumption that what I was getting was some sort of mildly ofally thing that one really must have in these sort of surroundings. I think the imbecilic words, “Well if I’m going to eat it anywhere, darling,” may even have escaped my lips at some point, little realizing that what I was about to have should NEVER BE ORDERED IN ANY RESTAURANT ANYWHERE EVER. The hustle and bustle of a busy (and brilliant) restaurant clearly covered the cry of amazement and glee that went up in the kitchen, and quite possibly throughout all good kitchens in continental Europe when they heard the news – ‘The Englishman has ordered Tête de Veau!!!’ 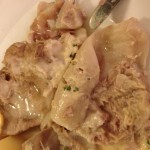 I’m not sure I possess the descriptive powers to do justice to what appeared in front of me. I only know that time slowed and a specific kind of silence fell across the table as we contemplated what I’d done. I imagine this is what fillets of Blobfish look like, garnished with a massive slug. Grey flaps of ick wobbled under the knife, while the tiniest shavings of gristly meat did their best to hide themselves within the folds of fat. The only recognizable thing was the slug, which was in fact a great big calf’s tongue, sitting there threateningly and scaring my potatoes. 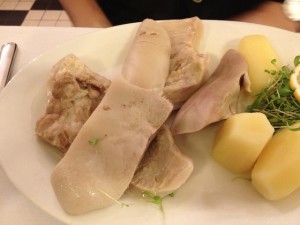 Let’s be clear. I like interesting things. I like stuff made with heads – my crispy pig’s head croquette at The Hand & Flowers was joyous. What I thought I was going to get here was something along the lines of fromage de tête – brawn by any other name – and when done well, as it often is across the Channel, a thing of beauty. That is not a description which was ever going to attach itself to my plate of calf’s head, which was now staring back at me, eyelessly. Apparently there are various clubs and societies dedicated to this dish whose members tend to sound like something out of the Darwin Awards, or at the very least dangerous sports enthusiasts, psychotic mountaineers and Great White hand feeders. I’ll be honest, I didn’t know what was brain, and what was not, I scraped what ‘meat’ I could from what I hoped were jowls, and ate almost all of the tongue. Tête de veau is accompanied by sauce ravigote, the version here best described as nuclear egg mayonnaise, with a mustard hit specifically designed to kick the shit out of whatever it is smeared upon. For that, I am eternally grateful. I would be lying, however, if I said I cleared my plate. 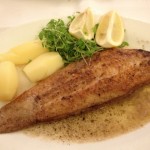 I did what I could. My girlfriend had sole meuniere. It was exquisite, and she let me have much more of it than usual, clearly out of pity. Sadly, the last mouthful of delicate fish revealed a piece of tongue she had hidden beneath it – the result of a greatly appreciated gesture of empathy she had simply been unable to complete. There was a plate of mixed vegetables too, which were perhaps the only real evidence that this might not be the perfect restaurant – I thought they resembled leftover Chinese, but by this stage my critical faculties had deserted me. 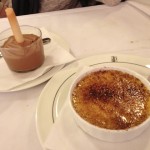 I had a crème brulee – I’m pretty sure it was excellent – and there was a chocolate mousse with a speculoos biscuit poking out of it slightly rudely that was a little heavy but perfectly acceptable. With coffees, the bill was €104 excluding service, which seemed about right for the ‘experience’. Next time I am in Belgium, I fully intend to revisit Taverne du Passage, and have a fabulous meal. I will just make sure I avoid this particular homage to cattle, if you’ll excuse an Orwellian pun. Despite what Nigel Farage, Norfolk and half the Tory party may think, we cannot blame Brussels for everything that goes wrong in Europe.